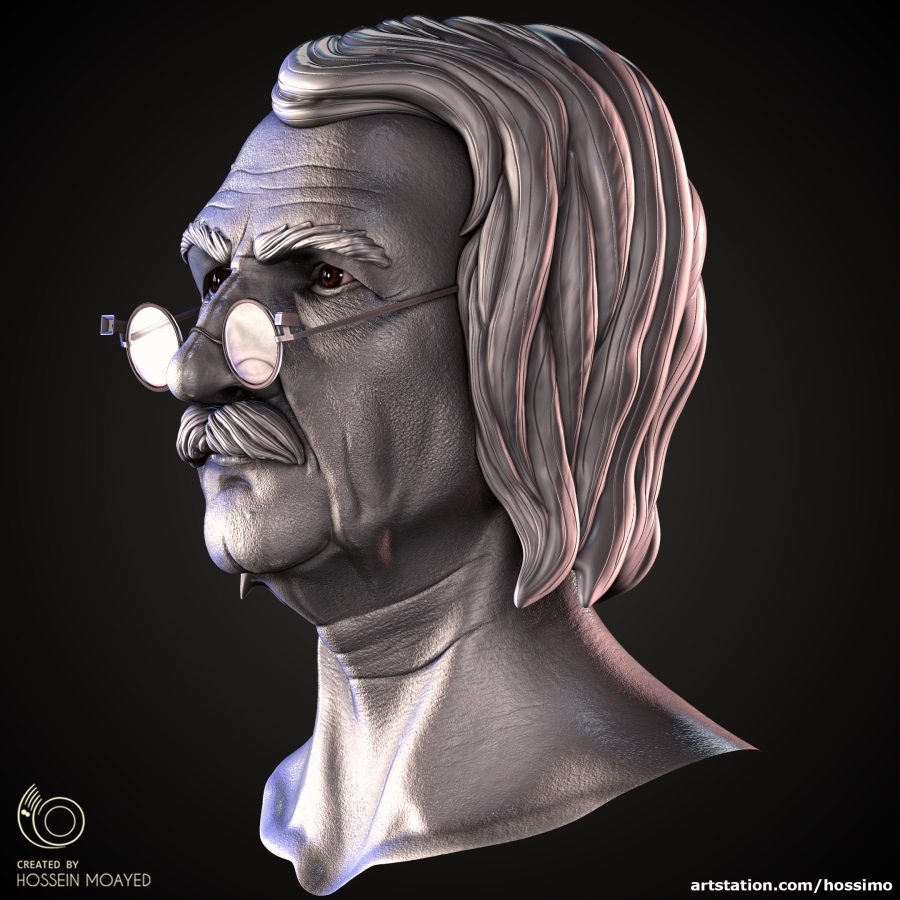 This is the third character in my series of character sculpts for my personal story. He is simple, perfectionist, scientist and also dives deep into the relationship between species and actively develops theories on that matter. 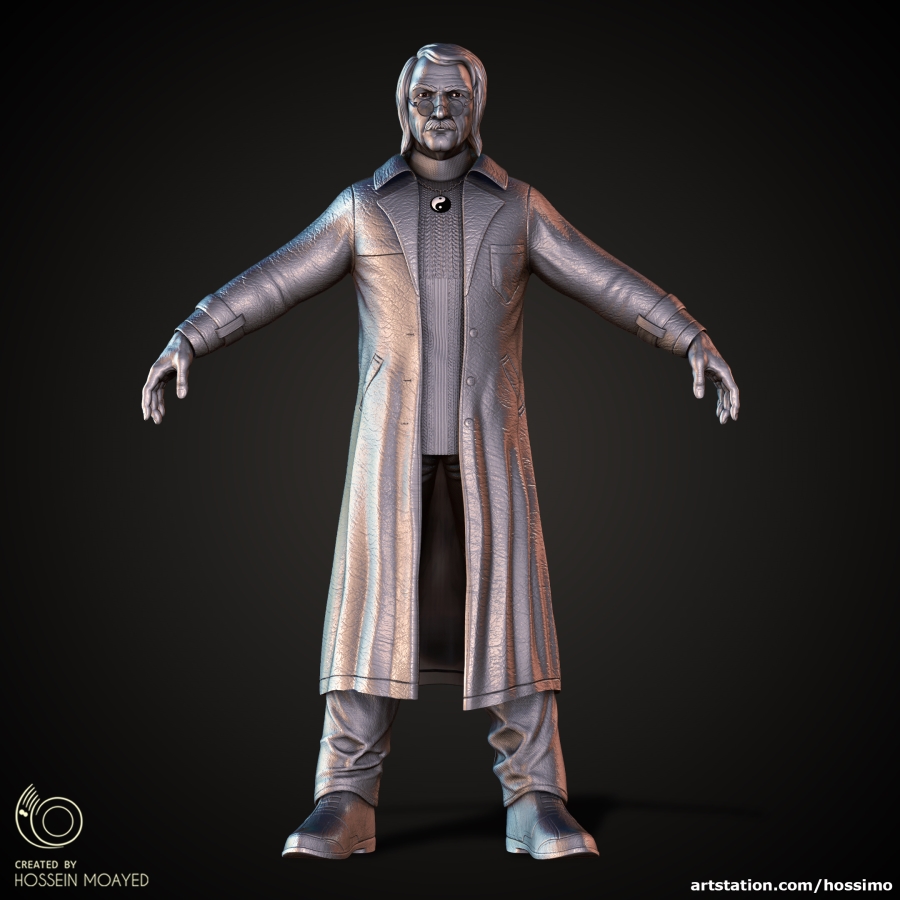 He lives in the year 2279, and works in a secret lab in a prison in the US trying to develop ways to enhance human DNA.

He has invented a device for his glasses, that projects all he wants to see in a holographic manner. And has only two buttons to use when necessary. (You can see the details in the close-up shots.) In fact, it’s the only thing he’s obsessed about in a world overwhelming by tech. 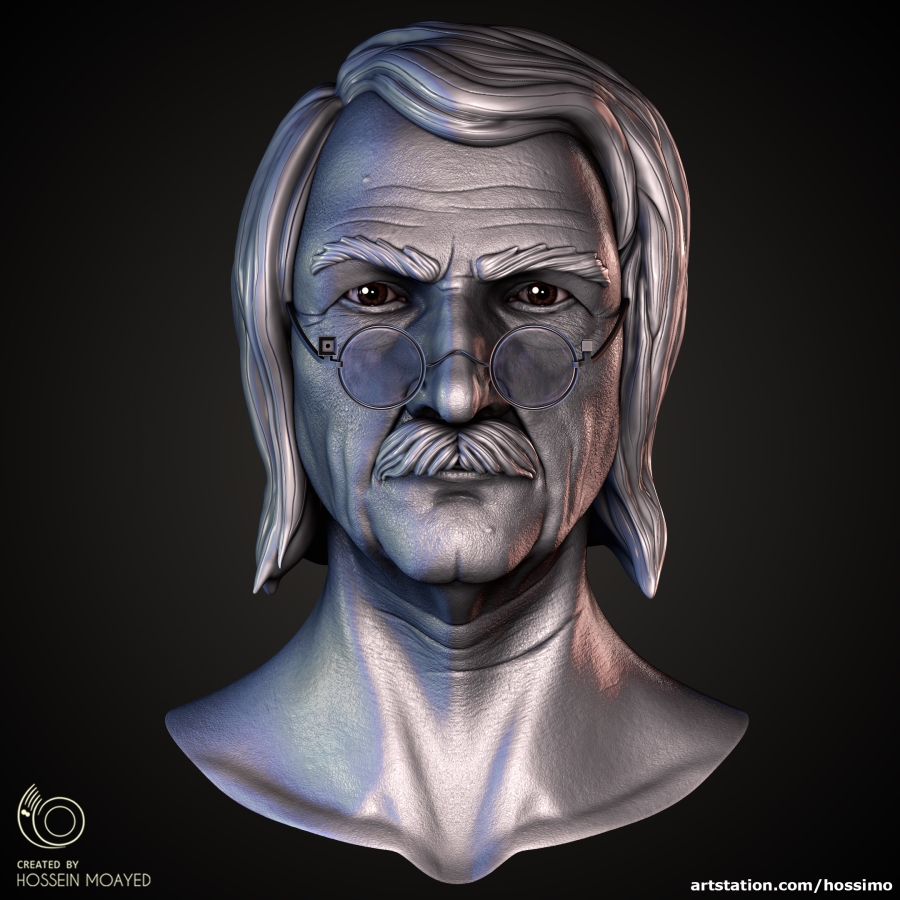 He also personally studies on a project in which he tries to confirm his theory for teleportation to the parallel worlds. During his studies, he finds out that the teleportation is only availabe once in a half-million years in Antarctica, and stays open for some time. And the time is very close to that event. 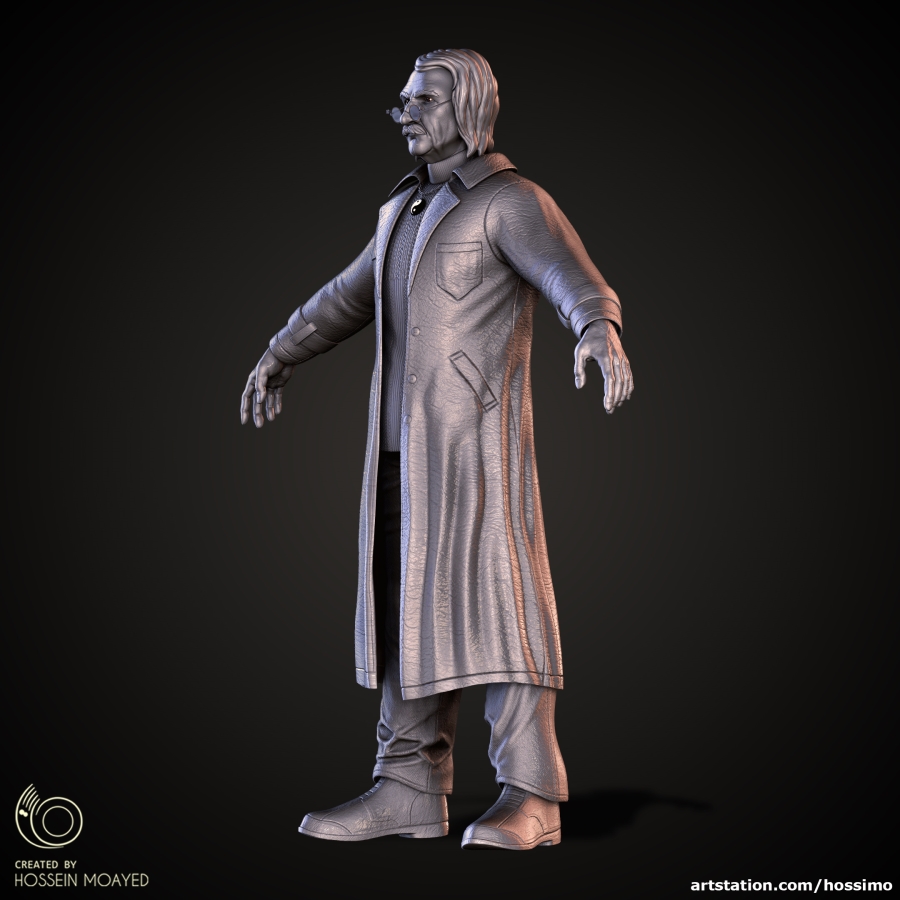 He finds that breakthrough in space, and realises that there is a world in which all the mythical creatures he studied about in elder books, lived there. Letting the US goverment know, he tries to seize the opportunity to grab some new DNAs to use their features in humans.

Things will not go as planned, and other species like Orcs, Argonians, Vampires, Divs, Demons, Ogres etc. find their way to the earth to find water.

The Professor decides to lead a group to make everyone understand that the war is not the only way. 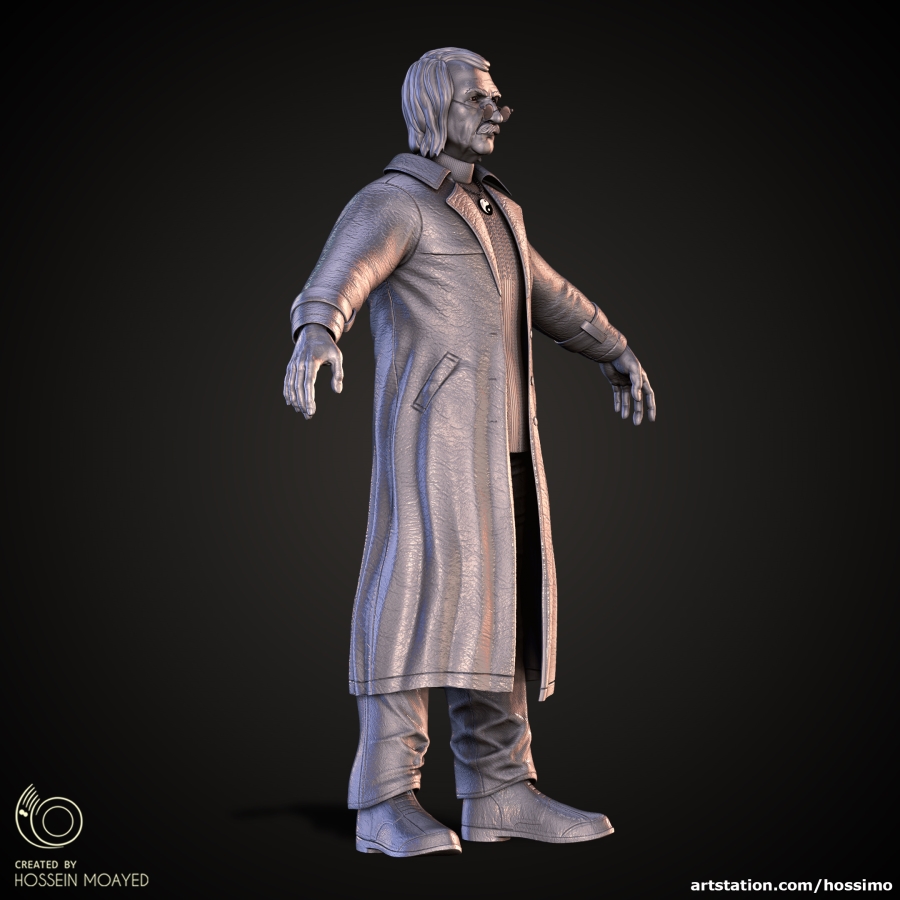 I used Maya for creating the base meshes, Mari to texture the face, ZBrush to sculpt details, and Photoshop to compose the renderpasses I got from ZBrush BPR. Also all the clothes were done manually. 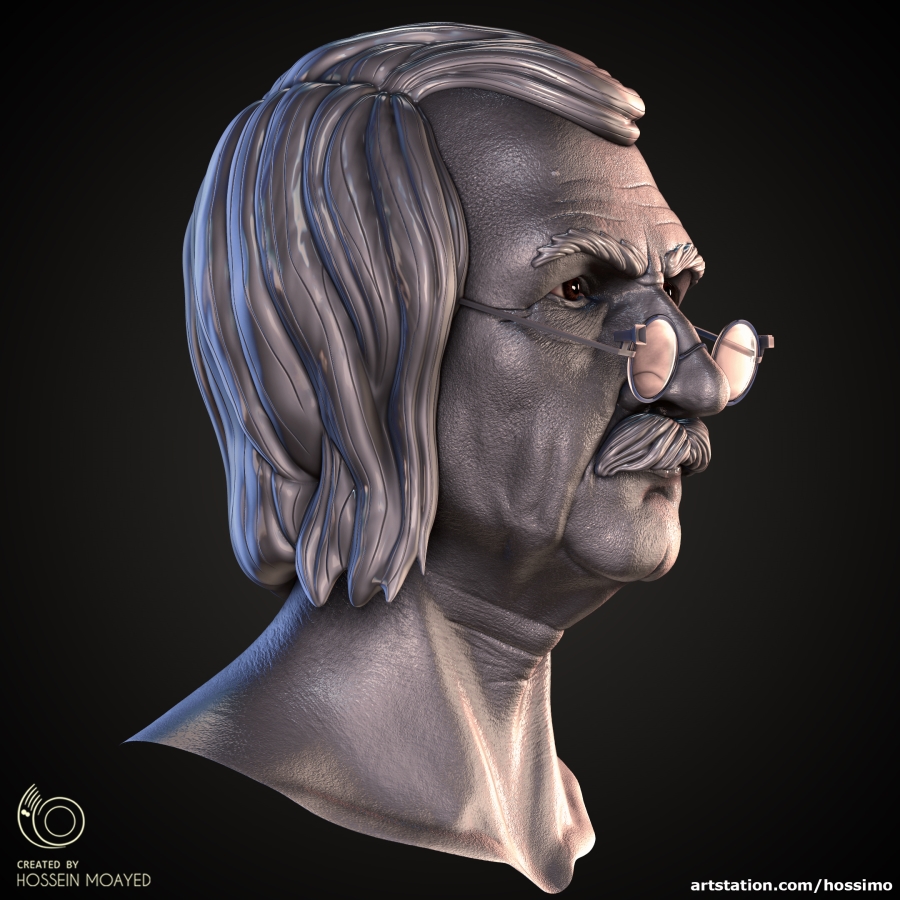 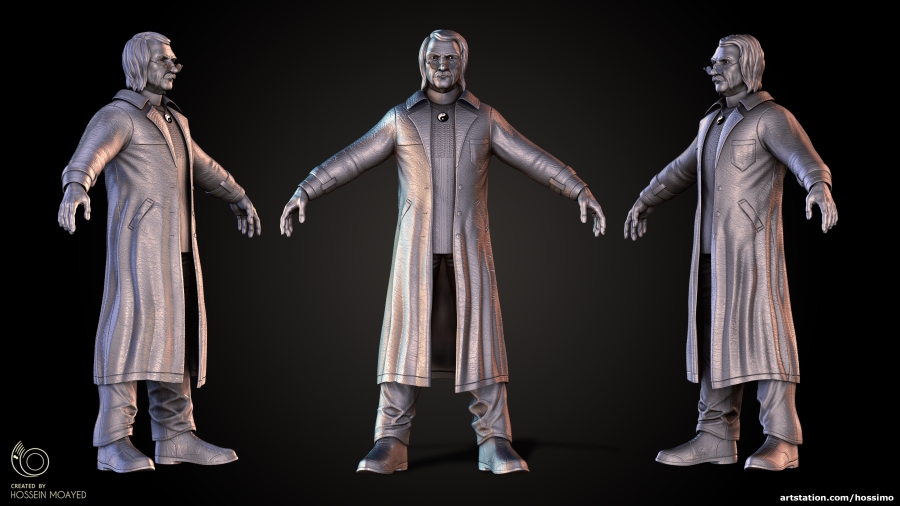 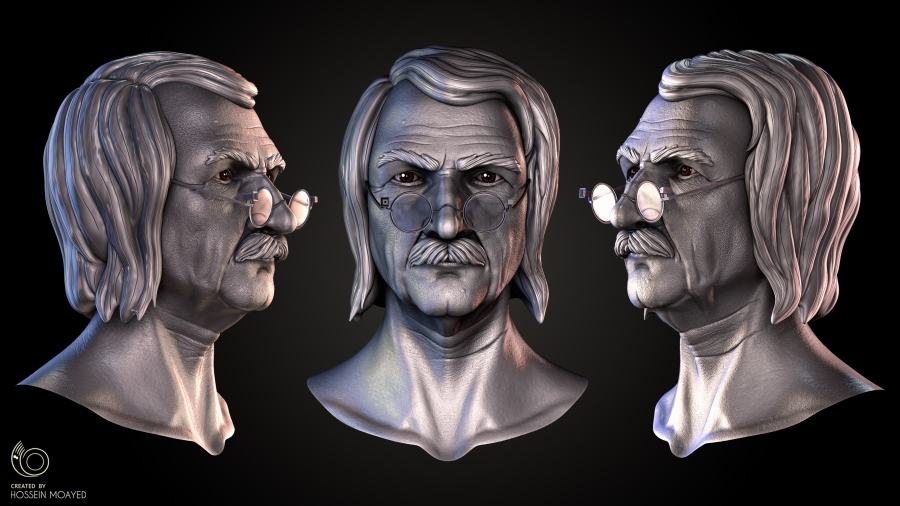